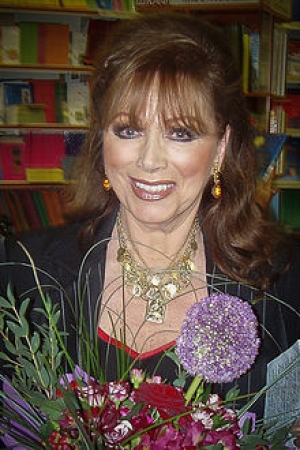 Jacqueline Jill "Jackie" Collins OBE (4 October 1937 – 19 September 2015) was an English romance novelist. She moved to Los Angeles in the 1960s and spent most of her career there.[1][2] She wrote 32 novels, all of which appeared on The New York Times bestsellers list.[3] In total, her books have sold over 500 million copies and have been translated into 40 languages.[4][5] Eight of her novels have been adapted for the screen, either as films or television miniseries. She was the younger sister of Dame Joan Collins.